Aj Hindi Daily is a Hindi language daily newspaper in India, currently published from 12 cities in Bihar, Jharkhand, Uttar Pradesh, and Uttarakhand states. The main edition is published in Varanasi. The newspaper was founded by a freedom fighter named Shiv Prasad Gupta. During the days of Indian national freedom struggle, Aj not only served the cause, it also helped spread the popularity of Hindi literature among commoners in Hindi heartland and among non-Hindi areas as well. Once it was said if one wanted to learn Hindi, they had to “read Aj”.

This newspaper was initiated by Shiv Prasad Gupta and its publication from Varanasi started on 5 September 1920. Its first chief editor was Sri Prakash and Baburao Vishnu Paradkar, a famous journalist, was its editor. After Sri Prakash stepped down, Paradkar was its chief editor from 1924 to 1954. Another famous journalist, Ramkrishna Raghunath Khadilkar, was the succeeding chief editor from 1954 to 59. Kamalapati Tripathi also worked as its chief editor. Between 1975 and 1985, six new editions of Aj began from Kanpur (1975), Patna (1979), Gorakhpur (1980), Allahabad, Agra, and Ranchi (1984). In 1989, four new editions from Jamshedpur, Dhanbad, Lucknow, and Bareilly were started. Right now the Editor-in-chief of the newspaper is Shardul Vikram Gupta. Bareilly edition’s and Haldwani edition’s General Manager is Sanjeev Krishna Tripathi. Haldwani edition was launched in 2013, with Dinesh Joshi, a renowned journalist with sound knowledge of newspaper working, as State Head of Uttarakhand. Lucknow edition’s Unit Head is Harinder Singh Sahni. 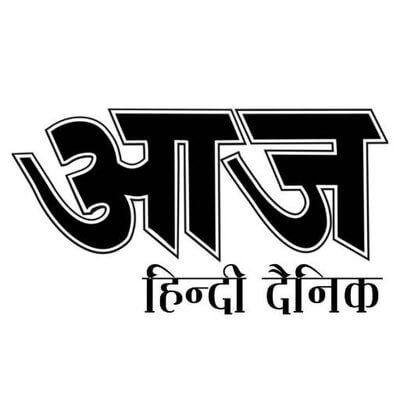 Important Note: If anyone has any complaints regarding this, please contact us. Also can mail us at admin@epaperzone.com

Important Note: If anyone has any complaints regarding this, please contact us using this link: Contact Us