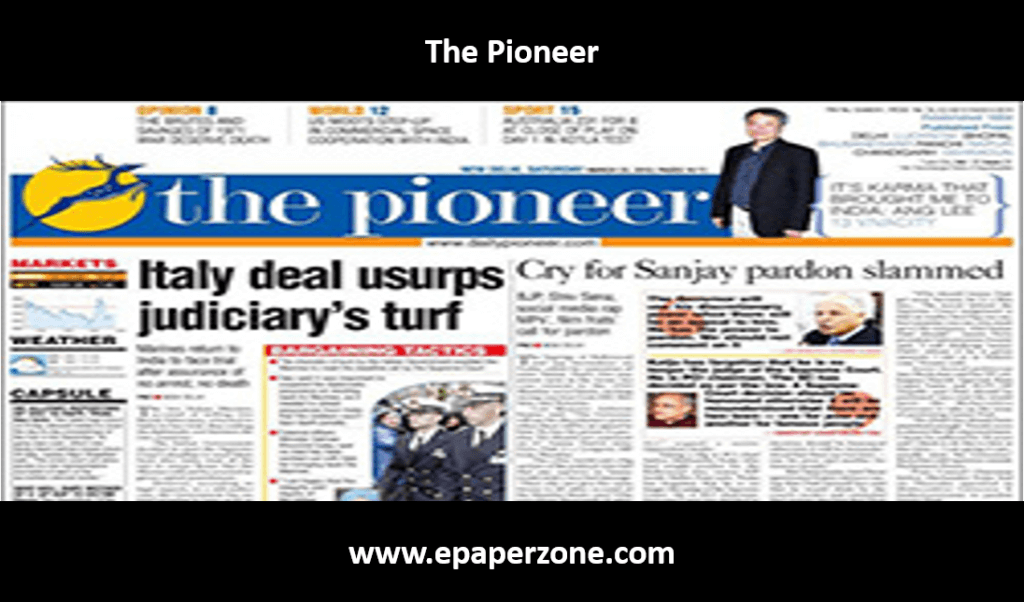 The Pioneer Newspaper was founded in Allahabad in 1865 by George Allen. An Englishman who had had great success in the tea business in North-East India in the previous decade. Later, it was sold to a syndicate and moved from Allahabad to Lucknow during the 1990s, at which time the Thapar Group purchased it under L.M. Thapar, who made it a nationalized newspaper.

The Pioneer launched a Hindi version in Lucknow. The newspaper remained a primarily Lucknow-based paper until 1990.

Short Overview of The Pioneer Newspaper

Editions of The Pioneer Newspaper :

The newspaper remained a primarily Lucknow-based paper until 1990, when it was purchased by the Thapar Group, under L. M. Thapar, who made it a national newspaper, published from Delhi, Lucknow, Bhubaneswar, Kochi, Bhopal, Chandigarh, Dehradun, and Ranchi.

Important Note: If anyone has any complaints regarding this, please contact us using this link: Contact Us